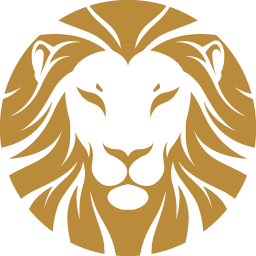 With real estate prices soaring throughout the country, we wanted to show the impact that Covid has had on the Tennessee housing market, how the cities in TN were effected compared to other US cities, and whether the federal reserve impacted housing demand by increasing rates by almost 100% in a year.

Wesley Mortgage and our agency partner, McNaught Digital, analyzed search patterns for every single city in the US, investigated 5 years of data, and we identified multiple insights unique in the industry. While data from Tennessee and a variety of cities are included in this study, the primary focus is the immediate area around Nashville.
‍

Summary of 100s of Thousands of Real Estate Data Points

There’s a lot of data floating around about home sales, but what about interest in homes in Tennessee? To understand home buyer interest, some search engine data mining is required.

Search Demand for Homes for Sale in Tennessee

Most prospective Tennessee home buyers often turn to Google to look for homes. So Wesley Mortgage and McNaught Digital used data from kwfinder.com and pulled estimated searches per month dating back to 2017 for these phrases:
‍

• Houses for sale in Tennessee

• Homes for sale in Tennessee

Here’s how searches for these TN queries have changed over time.

One of the most striking discoveries is the spike in search demand each term experienced during Covid.

Hottest Cities in Tennessee Based on Search Popularity

Using the same methodology mentioned above, Wesley Mortgage was able to discover search popularity for every city in TN.  We analyzed the number of searches per month for “homes for sale in {city} TN” for every city in Tennessee. We then filtered the data only to include the top 5 most searched cities. Many cities are tied in search popularity, which led to the inclusion of up to 11 cities.
‍

While 3 cities remained stable with search interest, the majority of the most popular cities dropped by 18-33%.

Which Nashville Suburbs Are The Most Desirable Places to Live in 2022?

One core aspect that every prospective buyer needs to consider when buying a house is the neighborhood. When it comes to real estate, the surroundings can make or break a deal: so which suburbs in Nashville are the hottest with buyers in 2022? Where are people most eager to live? MacNaught used Keyword Finder to analyze US-wide Google search data for variants of the phrase ‘homes for sale in {suburb} TN, for each suburb. Each phrase variant was used with the most searches, and result links were followed to ensure the searches were relevant to Nashville, Tennessee.

Nashville’s Popularity Compared to Other US Cities

It’s clear that interest in properties in Nashville is on the rise, but how does the city fare compared with other popular US cities? MacNaught analyzed US search volumes for the term ‘homes for sale in {city},  with {city} being each of the country’s most populous cities.

The results found that:

• Nashville is the 11th most sought-after city in the whole of the US using searches per million when it comes to interest in buying a property.

• 51 searches are conducted for every million people in the US for the term ‘homes for sale in Nashville TN’.
• That’s almost twice as many searches as Las Vegas (26 searches per million).

Without the weighted numbers, we took the list of about 20,000 cities across the US, and we analyzed the search volume for every single city. To be fair, not every searcher uses the same phrases, even if the intent is the same. To make sure the comparison was fair, we took the top 10 variations of “Homes for Sale” and analyzed those as well.

Around 200,000 queries were analyzed in order to make the top 10 list. As a Nashville-based company, we are excited to show that Nashville is the 7th most popular city based on the average search volume over the course of the last 12 months.

We then looked at the past 12 months to determine the overall search trends for Nashville home buying queries.

How Quickly Are Houses Selling Across Tennessee?

Homes are selling much quicker in 2022 than in any month dating back to 2017. The chart shows the median days on the market for homes in the three target cities by population using FRED. The chart below demonstrates the average days on market for Nashville-Davidson, Murfreesboro, and Franklin.

In all three of these highly popular TN cities, houses are selling significantly faster, which is related to a variety of factors such as supply and demand, inflation, and external factors such as corporate investment from large companies moving their headquarters into these areas (to name a few of the many reasons).

• The slowest month for house sales in the last five years was February 2019, when the average house took 71 days to sell.

• In contrast, the fastest month for real estate sales was March of 2022, when the average amount of time on the market was only 19 days!
‍

The Change in Housing Prices

Data from Zillow highlights an astronomical increase in house prices since 2020 across the state of Tennessee. The chart below shows the price change over 2 years.

While Tennessee house prices across the state have increased by 26% in a year, the increase has been more notable in Nashville, Knoxville, Memphis, Clarksville, and Murfreesboro.

The chart below shows the percentage increase from 2020-2022 for median home values. Data was collected from MLS and public databases.

• Donelson-Hermitage-Old Hickory has experienced the lowest price increase of all the neighborhoods in Nashville, with house prices rising by $128,816 between 2017 and 2022.

With such a massive increase in home values, the figures necessitate the question on sustainability. One of the most common ways to infer the sustainability of the housing market growth is to investigate the increase in wages. Can people afford the new ‘normal’?

Have Wages Kept Up With House Price Growth?

No. That’s the short answer.

Data from Payscale (available for Nashville only with Tennessee and not the state as a whole) suggests a tremendous gap in the growth between the growth in house prices and that of salaries.

In an attempt to get as much data as possible, we’ve included the U.S. Census Bureau statistics for wages in Williamson County and Rutherford County. Unfortunately, these statistics can only measure up to 2020.
‍

Rutherford County has seen a 31.67% increase in wages from 2010 to 2020. Unfortunately, the data we summarized from Zillow shows that home values have increased by over 100% in the same time period. For context, the lowest downpayment for a home with a conventional loan is 5%, which means that in 2022, buying a home in Murfreesboro will cost a minimum of $20,000. In 2020, this number was just above $14,000.

Williamson County is one of the most expensive areas in the United States. While 6-figure avg. income is encouraging; before any insight is gleaned, the median listing price should be taken into account as it will add much-needed context.

Williamson County is the 7th most expensive county by listing price in the United States. The only places that cost more are Santa Barbara, Santa Clara, Napa, Santa Cruz, Maui, and Monroe.

It is important to note that it is difficult to predict the sustainability of the Williamson County housing market. However, Williamson County, in particular, is a prime example of just how unique the housing market is in the Greater Nashville area compared to the rest of the state -  even that of the country.

Concluding Thoughts From the CEO of Wesley Mortgage

Plenty of uncertainty exists in our economy and housing market, and many are predicting a housing market crash near the levels of the 2008 crash.  As with the crash in 2008, when Nashville was mostly isolated from the major depressions in the overall financial statistics, we can now expect the same if anything resembling a crash occurs again nationally.

The most recent Fannie Mae forecast for August 2022 illustrates a fairly stable projection for both total home sales and total housing starts for the next 15 months.  Even if the market falls below these projections, we should expect to see a stable Tennessee housing market.

MacNaught and Wesley Mortgage used a number of data sources to acquire these statistics.

When collating data about searches in Google, this study uses kwfinder.com, which estimates the number of searches.

It’s important to remember this is an estimate, and it should be considered a benchmark as opposed to an exact figure. It is worth noting also that “searches per month” are not the same as the number of people searching. We have to allow for the fact that one person could do multiple searches for any given phrase over a period of a month.
‍

Data from https://fred.stlouisfed.org/ was used to supplement data from Zillow and Public MLS records.

Back to Content
Featured Articles
Do I Need Homeowners Insurance If I Own My Home?
The Basics of Homeowners Insurance
Homeowners' insurance is not mandated by law. However, most lenders will require it as a mortgage condition. Learn more in this guide.
5
Min Read
December 1, 2022 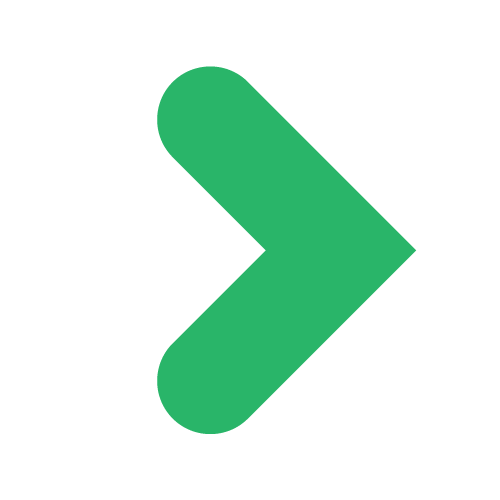 Is Vandalism Covered By Home Insurance?
Does Home Insurance Cover Vandalism?
Home insurance protects you from assorted damages. Whether that is from storms, fire, or burglary. Most policies also offer protection from vandalism.
5
Min Read
December 1, 2022

Related Topics
Do I Need Homeowners Insurance If I Own My Home?
What is Mortgage Default Insurance?
How To Lower Mortgage Interest Rates
Is Vandalism Covered By Home Insurance?
Home Ownership For First-Time Buyers
Is 20 Year Mortgage Better Than 30
How to Use Home Equity
How Much Is Mortgage Insurance Per Month? 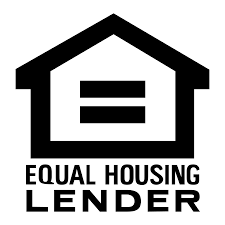